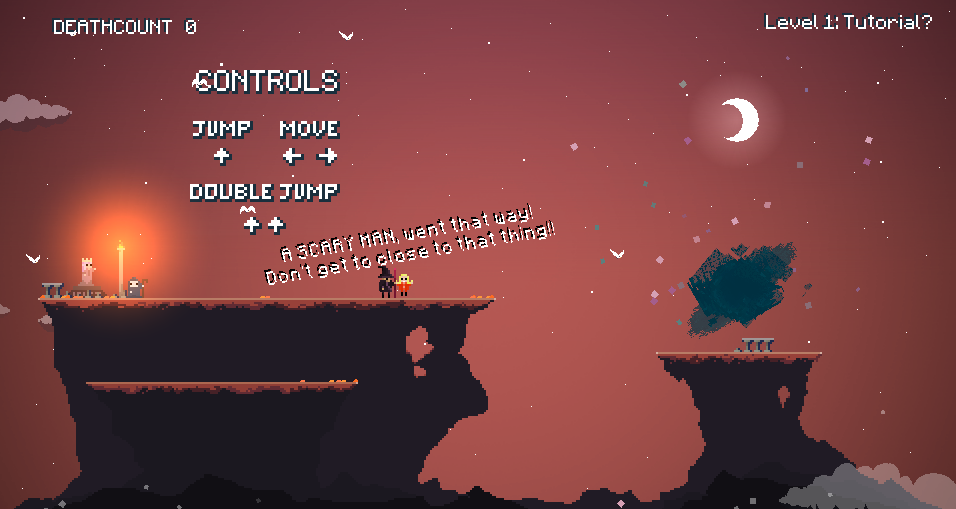 As a wizard myself I was easily drawn in by such a title as Wizard Wizard. Perhaps naturally I sought to play a game that hit so close to home, plus it was free! So giving this game a try I wasn't sure of exactly what to expect. For the past several weeks I have been playing games that people sent me and asked that I play; and now that it was up to me I really wasn't sure what I was in the mood for. In my First Look, I mistakenly called this one a rage platformer, and it isn't that at all, but I will
delve a little deeper into that one later on.


Wizard Wizard begins with an urgent atmosphere set up when the player discovers that a princess has been turned to stone by a mysterious man in red. Presumably he stole all your wizard spells as well since the only thing out of the ordinary I performed regularly was a double jump. While that does make the title seems a bit duplicitous, that isn't the shot at the game it sounds like. Actually quite the opposite. I am glad to say there in next to no combat in the game; and if there were, I am sure there would have been balancing issues with spells and enemy incorporation. I like the game in the simple state it is in now. Each level is a platforming path around obstacles, escalating in difficulty as levels progress, to obtain a key. The key opens a door behind which is hidden progress to the next level and so on. So far so normal but, I found it quite difficult to stop playing Wizard Wizard, and I think I figured out what Crateboy did to keep me so enthralled. I noticed so many elements drawn from the spirit of old school platformers, and the simple ideology only strengthened this connection; but this was achieved without sacrificing the precision of current generation gaming. Not to mention the nice nostalgic feel of the pixelated graphics tying it all together so nicely. The smooth gameplay coupled with a very nice soundtrack (that took me back to the Scott Pilgrim side scrolling beat em up) made for a very good time. 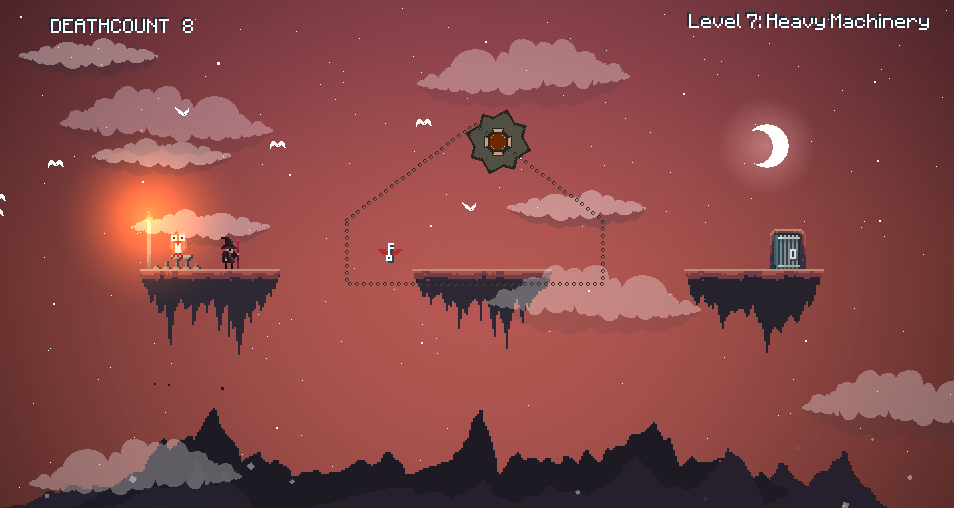 There are a lot of little touches to the game, in the things like what the NPC's say that give the game a sense of depth, but it is just a sense. The game is just as I said, a platformer, and it hits that mark with great poise; but there simply isn't that much to it. Again that isn't the cold discredit it may seem like. Mario is perhaps the most recognized gaming icon in the history of the media, but strip away the decades of built fame and there still isn't much there. I believe that is the beauty inherit in such games. They are easy to enjoy so long as the developer takes a solid no nonsense stance to their craft and does well to polish their creation, which is something Crateboy did beautifully. 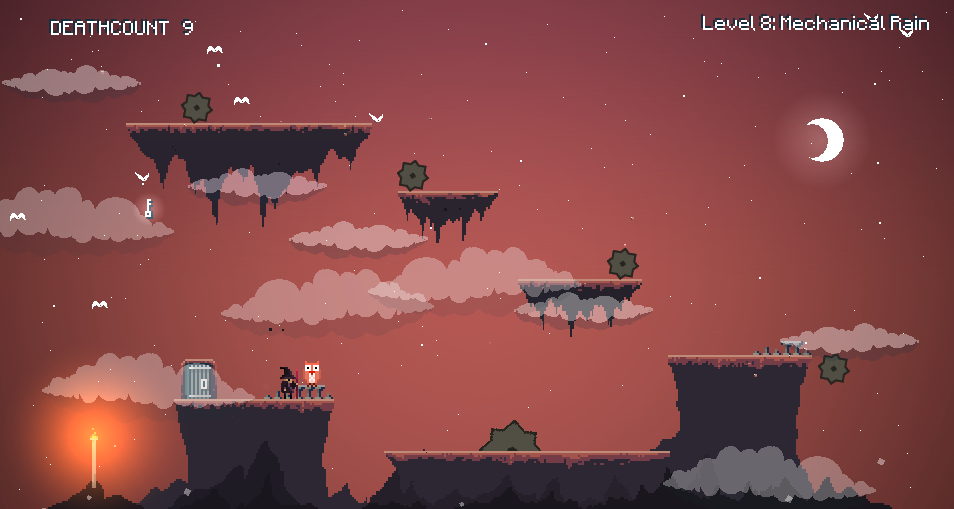 At the end of the day Wizard Wizard is an excellent incarnation of the platformer, with acute attention to detail and tight platforming mechanics. For free I dare not ask for more than that, lest I sound greedy and pompous. I quite enjoyed playing through this one and I know you will to, so get out there and give it a go.
Posted by Unknown at 10:59 PM No comments: